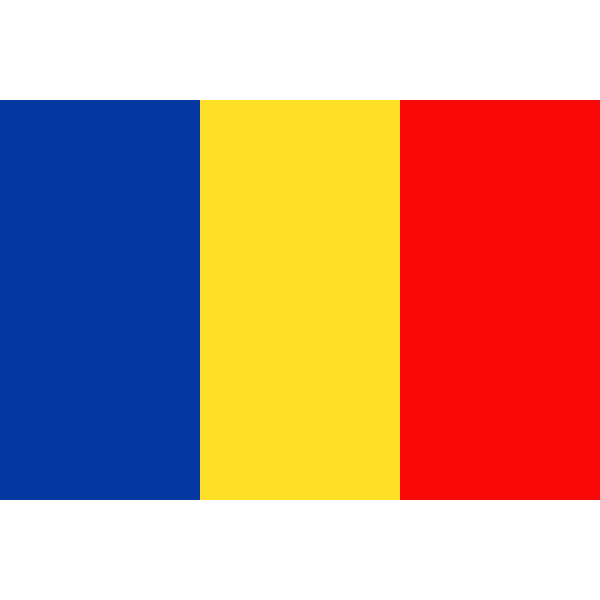 #Colectiv: The flag woven with bribe thread (I)

In 2014, when the Colectiv nightclub was inspected, ”the firemen would ask for sponsorship from the investigated companies”. Even the golden thread flag of the station had been paid for from sponsorships, admits colonel Stelian Duduș!

UPDATE: On the firemen forum there are explicit fragments indicating that the club’s shareholders speak to the prosecutors about several meetings they held with the two inspectors from the Emergency Inspectorate.

by Mirela Neag and Cătălin Tolontan

The man in the uniform cries.

He is frantically pulling the sleeves of his blue sweater, like a child in the school yard.

It’s beyond comprehension. The fireman did not cry on Friday night. Then he held the dead and the injured outside Colectiv nightclub.

He did not cry on Tuesday, during the first day of street rallies. Then their firetruck was carried away by the magic carpet of the crowd’s cheering, somewhere between ”Romană” (Roman) and ”Victoriei” (Victory) squares.

The red car was passing by and they were so proud! Good for them they had not eaten in a while, they would have had altitude sickness, that was how high the people would praise them.

And look at me now, ”crying like a fool”.

He bounces from one foot to the other. Maybe he is tired as well. ”Last night, at home, my boy asked me: Dad, you really had not checked those guys?!”.

They would check them. But sometimes they would also ask them for money.

The naked truth. They would check them and ask them for money.

”Yes, it’s about time to say all these things! Because it is not normal for the work of over 3,000 colleagues, that is how many people work at Dealul Spirii, to be dragged in something that can tarnish us all”, says the man.

What he says is something really cool. It is something that not even the Prosecutor’s Office investigating the case is aware of.

It is something theoretically in plain sight, but it is actually woven within the intricate fabric of a state that regards its lawmen as cash cows.

”For several years, by the beginning of 2015, when the management changed, the investigation inspectors from the Emergency Inspectorate in Bucharest would solicit sponsorships from the very companies they were investigating” fire officer

The spark was ignited, according to sources, by former commander, colonel Stelian Duduș, the one running the Emergency Inspectorate in Bucharest.

There were two associations: Pompierul Association and Dealul Spirii Capitală Association. The first one was dedicated to sports.

The second one would unfold but would not be limited to humanitarian activities.

”Yes, I have traveled on the Association’s expense to several countries in Europe, in Germany, in Austria, in France, for knowledge exchange, as we enjoy very good relationships with the firefighter units from there”, would Duduș ultimately admit.

”The commander was traveling all the time! His management style was: delegating and being absent”, someone from the unit says.

”It’s true, the same source admits, that the association also helped colleagues with health and family issues. Some of them got even 5,000 lei and they got cured from cancer! The problem is that money was procured in a manner that was incompatible with the nature of our activity”.

”You can’t control and ask for sponsorship at the same time, for f**k’s sake”, confirms the fireman at the other end of the city. It’s cold outside. The man doesn’t feel the cold as he gets steamed up.

At a certain point, at the beginning of 2015, the inspectorates for emergency situations (ISU) from Bucharest and Ilfov merged. And, according to testimonies, the illicit routine stopped.

But a few years had gone by. Thousands of days had been piling up.

And in one of those days, a man and a woman, dressed as civilians, knocked on the door of a club from the fourth district. The Colectiv Nightclub.

What is most disturbing these days for the unit from Dealul Spirii is the fact that two of their colleagues from the prevention department visited the ”Pionierul” factory in September 2014. The place where the ”Colectiv” nightclub was operating.

people were undergoing inspections in 2015 at ISU Bucharest-Ilfov

After being arrested, the club administrators told the prosecutors that a woman and a man came dressed as civilians and from that point the statement gets rather hazy. The club’s owners do not admit having paid them.

One thing is sure, the inspectors did not mention any irregularity, all was in order.

”Evenimentul zilei” quoted the dialogue from the hearings at the Prosecutor’s Office, held between the lawyer and Paul Gancea, one of the club’s administrators:

But weren’t there more than one visit from the fire inspectors? In the testimonies quoted by EvZ there is another witness, the owner of another club from that location who claims the two inspectors had been at ”Pionierul” also in January 2015. Also dressed as civilians. And they asked about the ”Colectiv” club.

The data Gazeta holds are as follows.

The man, George, had left the fire department around September 2015.

The woman, Antonina, is still employed at the control unit from Dealul Spirii. They were both immediately contacted by the new management from the Inspectorate for Emergency Situations Bucharest-Ilfov. ”We were only doing our job”, claim Antonina and George.

Her superiors told Antonina to stop the controls for the time being. Everybody feels that there are mines waiting to explode beneath the surface.

”The sponsorship practice was so deeply rooted within the system that the field inspectors were asked to fulfil their quota of money brought to the Association, otherwise they were to be penalised” fire officer

Why were they dressed as civilians?

”Because, although they were employed by the Ministry of Interior, to which the Inspectorate for Emergency Situations is subordinated, the inspectors were appointed at the district city halls”, someone explains. This was the starting point, according to several testimonies, for all kinds of complicity, among inspectors, city halls and the investigated parties. Each sector of Bucharest had approximately 10-12 fire inspectors at the city hall.

”It was a shady duplicity. Although the ISU employees, the inspectors had their office at the city hall, they were dressed as civilians and also had stamps engraved with PSI City Hall Sector 4, in this case” source of gazeta

Short dialogue with mayor Piedone, on the very day of his resignation:

The sponsorships came one after the other.

”At a certain point, commander Duduș wanted a flag with golden thread for the fire department. And he got it from sponsorships!”, says the fireman. Then the man sets out. ”Just you wait to find out how much it costed!”.

lei was the price of the department’s distinctive flag, money obtained from sponsorships

The flag, small but beautiful, was kept by commander Duduș in his office and now it hangs somewhere in the hallway.

”And take a look also at the political support Duduș had and how a man who had never been in an intervention got to manage 3,700 firemen!”. After Duduș left and ISU Bucharest merged with Ilfov, becoming ISU Bucharest-Ilfov, the inspectors came back to the headquarters.

The inspection firemen dressed again in their uniform. ”We do not follow any rumors! From now on, not a single sponsorship, not a single discussion about money, with anyone”, the new management would have told them.

Colonel Stelian Duduș now works at an even higher level. He was sent away in January 2015 by promotion.

We find him at the General Inspectorate for Emergency Situations, where he is the “authorised” chief, the contest for the job will follow and will be held at the “Protection, training and preventive education of the population” department.

He comes down in the hallway. ”I had a word with my boss and I really don’t have much to tell you”. Which boss? Colonel Cornea? "Yes".

Eventually, we engage in a conversation and the man accepts. He is also dressed in a blue fireman sweater.

We have a standing talk, somewhere at the entrance, guarded by a huge crest engraved with "Courage and Dedication". We have an open discussion, he is sincere, he doesn’t find anything out of line.

"Give something if you can!"

The former chief of the Bucharest Emergency Situations Inspectorate, colonel Stelian Duduș, claims that he does not see any conflict of interests "as long as the control activity was not connected to the sponsorships"

- “Colonel, you had managed the Dealul Spirii Unit until 2015 for over 6 years.”
- “Yes, that’s right. And I had been working there since 2002, at the logistics department.

- ”During all this time, have your inspectors asked for sponsorships from the companies they were controlling?”
- “Yes, but please be aware that there was no connection between the control activity and sponsorships.”

- “Don’t you find that it is out of line for the control authority to ask money from the investigated parties?”
-”Honestly, no. How can I put this, it would be very serious if there would be any connection between the control and the money but this was not the case, I can assure you!

- “Are you aware that in 2014, when you were chief, two people went to Colectiv Club?”
- “I have found out now. What can I add to that? I do not know those people by their name, if I saw them I would recognize them.”

- “And if they asked for sponsorships?”
- “I find it hard to believe.”

- “But how can you be sure that the ones sent for control at Colectiv or any others would not ask money for themselves as long as they asked for ISU?”
- “Had I found out such a thing, I would have fired them on the spot. You know, there were people who were caught by the authorized personnel, but never for sponsorships.”

- “Have you benefited from the sponsorships acquired through the foundation?”
- “Me, no, how?”

- “Through the Association.”
- “Yes, but many people benefited from those. I also made some trips.”

- “To Brazil?”
- “No, some of my colleagues went to Brazil. I went to Europe. But on professional trips.

- “Why were the expenses not covered by the Interior Ministry? You are after all an elite unit.”
- “Because there are no funds. And you should know that there were sponsorships done through the ministry as well.

- “You mean through ISU?”
- “Yes, ISU is part of the Interior Ministry. A part of the sponsorships came through the Association, others through ISU.”

- “Did you have an authorization for the sponsorships? Did anyone else know about them?”
- “Yes, I had a high-level authorization. Everything is legal.”

- “Did you have some medical expenses covered from sponsorships?”
- “Yes, as in the case of many others as well. You should know that 80% of the employees were members of the Association.

- “Is it true that you would set a monthly target for sponsorships?”
- “(He hesitates, he is not at ease but he remains very calm like one person describing the daily normal routine) I would tell them to give their best because we needed money for the Association. But they would not put any pressure on anyone. They would simply say to the companies: "Give something if you can!". And each company would participate as they pleased.”

”Look, you have probably already found out, so I will be honest: I recall that in December 2014, before being replaced, I had told the people to bring in more sponsorships in order for us all to pay our debts to the Association” COLONEL STELIAN DUDUȘ

The dialogue continues but we are both tired.

Tomorrow, the second part of the discussion and new testimonies regarding the actual situation of control operations, the life of firemen and the circumstances that made the fire from the Colectiv nightclub possible.